I still remember how I felt when I started graduate school at NYU. I had butterflies in my stomach and was so anxious about my journey ahead. I moved across the country from Los Angeles and left my old life, including a full-time job behind. Oh, and I also took out $58,000 more in student loans in addition to the balance I already had.

It was stressful to say the least. In those first few weeks of transition, I took advantage of several free counseling sessions offered through my student health insurance as I could tell grad school was affecting my mental health. It turns out, I wasn’t alone.

According to a study by Nature Biotechnology, cited in Inside Higher Ed, graduate students are more than six times more likely to suffer from anxiety and debt depression in relation to the general population. Another study of graduate students in Belgium also found a similar correlation as well.

What gives? Read how graduate school — through debt and depression — can affect your mental health.

The link between graduate school and mental health 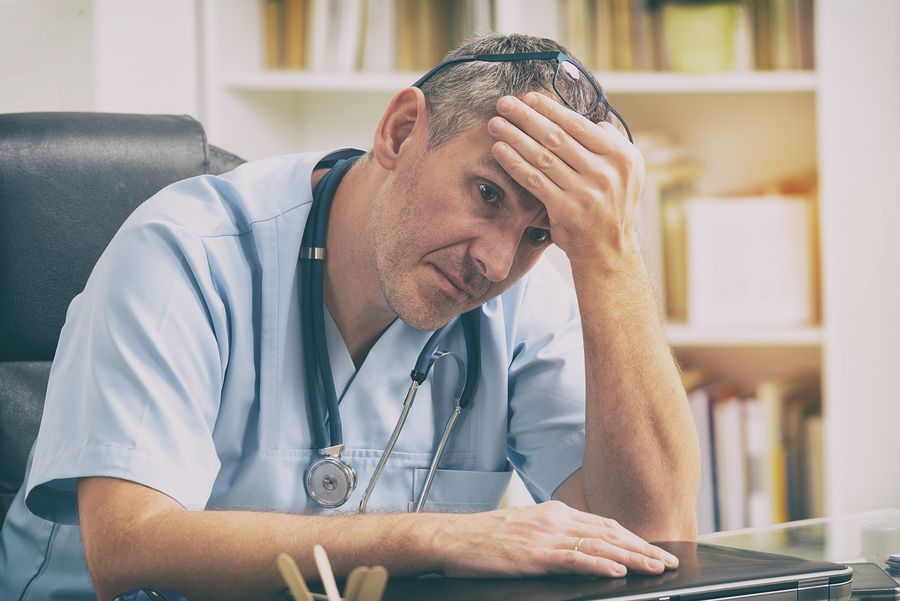 Going to college and taking out student loans is already stressful, but graduate school makes students more susceptible to depression and anxiety.

As the study noted above found, it’s a myriad of things. The study, which had 2,279 survey respondents from 234 educational institutions and 26 countries (90 percent of which were Ph.D candidates) found that both gender and work-life balance come into play.

The survey found that women and transgender, as well as gender nonconforming had higher rates of depression and anxiety compared to their male counterparts.

These numbers spike even more for transgender and nonconforming graduate students, 57 percent of which had instances of depression and 55 percent had experienced anxiety.

Additionally, more than half of respondents who suffered from depression or anxiety disagreed that their work-life balance was “good”. The study seems to show some causality between poor work-life balance and suffering from mental health issues.

On top of that, your field of study could have an impact as well. A recent Harvard study found that Ph.D candidates in the Economics department were three times as more likely to experience moderate to severe depression and anxiety (18 percent). What’s worse is 11 percent of these students have had suicidal ideation within a two-week timeframe.

What’s really striking about the Harvard study is that the respondents experienced feelings of loneliness more than someone who is retired. On top of that, the study found only 26 percent of students feel their work is actually useful.

Another cause could be stress about the job market post-graduation. Many Ph.D candidates are eager to be a professor and get that elusive tenure job. But many of them struggle after graduation to find a job. 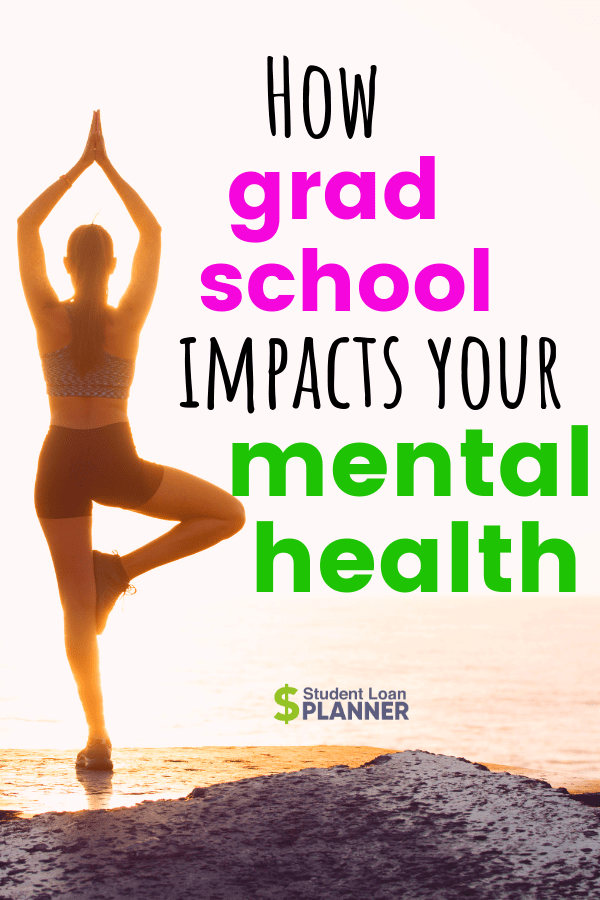 Debt depression and graduate school seem to go hand in hand. Grad students may take on more debt, be in school longer and be anxious about job prospects after graduation.

The Brookings Institute found that the amount that grad students borrow has doubled over the last 30 years. On top of that, grad students are often the ones saddled with high student loan balances. Though only 5.5 percent of student loan borrowers owe more than $100,000, the majority consists of graduate students.

That’s a lot of student loan debt and from my own experience, I know how debt and depression can work together. I paid off $81,000 in student loans (likely closer to $100,000 with interest) and my student loans filled me with anxiety, depression and shame. The year after graduation I could not find a full-time job and felt stuck. It affected my mental well-being.

A report titled “Sick of our loans: Student borrowing and the mental health of young adults in the United States” found that student loans were linked to poor psychological functioning. This could potentially lead to the feeling of “not thinking straight” or having less cognitive ability. Another Gallup poll found a link between student loan debt and poorer health and finances.

The report states, “Graduates who went the deepest into debt to obtain their college degree, for instance, are far less likely to be thriving than graduates who took out no debt, by 15 percentage points in financial well-being and 10 points in physical well-being.”

It’s clear that debt, depression and anxiety have a huge impact on graduate student loan borrowers well-being, in more ways than one.

What we’ve found is that some borrowers feel like committing suicide over debt is an option. However, debt is never a death sentence and there is help.

What you can do about debt and depression

If you’re a graduate student suffering from anxiety and depression, it’s important to get help. Especially if you’re considering suicide over debt.

Also, we’re here to help. If you need a student loan plan once you graduate, get in touch with us to get started and move from depression and anxiety to taking action. The majority of borrowers we work with have advanced degrees.

Lastly, reach out to friends, family, and mental health organizations if you really need it. You can text HOME to the crisis text line at 741741.

Hopefully we provided resources and let you know that there is help available.

Melanie Lockert is the founder of the blog and author of the book, Dear Debt. Through her blog, she chronicled her journey out of $81,000 in student loan debt. Her work has appeared on Business Insider, Time, Huffington Post and more. She is also the co-founder of the Lola Retreat, which helps bold women face their fears, own their dreams and figure out a plan to be in control of their finances.