When it comes to median amount of debt by borrower, Pew Research Center offers data based on educational level as of 2016:

The amount of borrowers who have six figures in debt is actually lower than you might think. According to Pew Research Center, only 7% of borrowers (equivalent to 1% of the population) have $100,000 in student loan debt or more.

How much time it takes to pay off student loans can vary by borrower and balance. However, how long you get depends on the repayment terms of your repayment plan, which should also be considered. 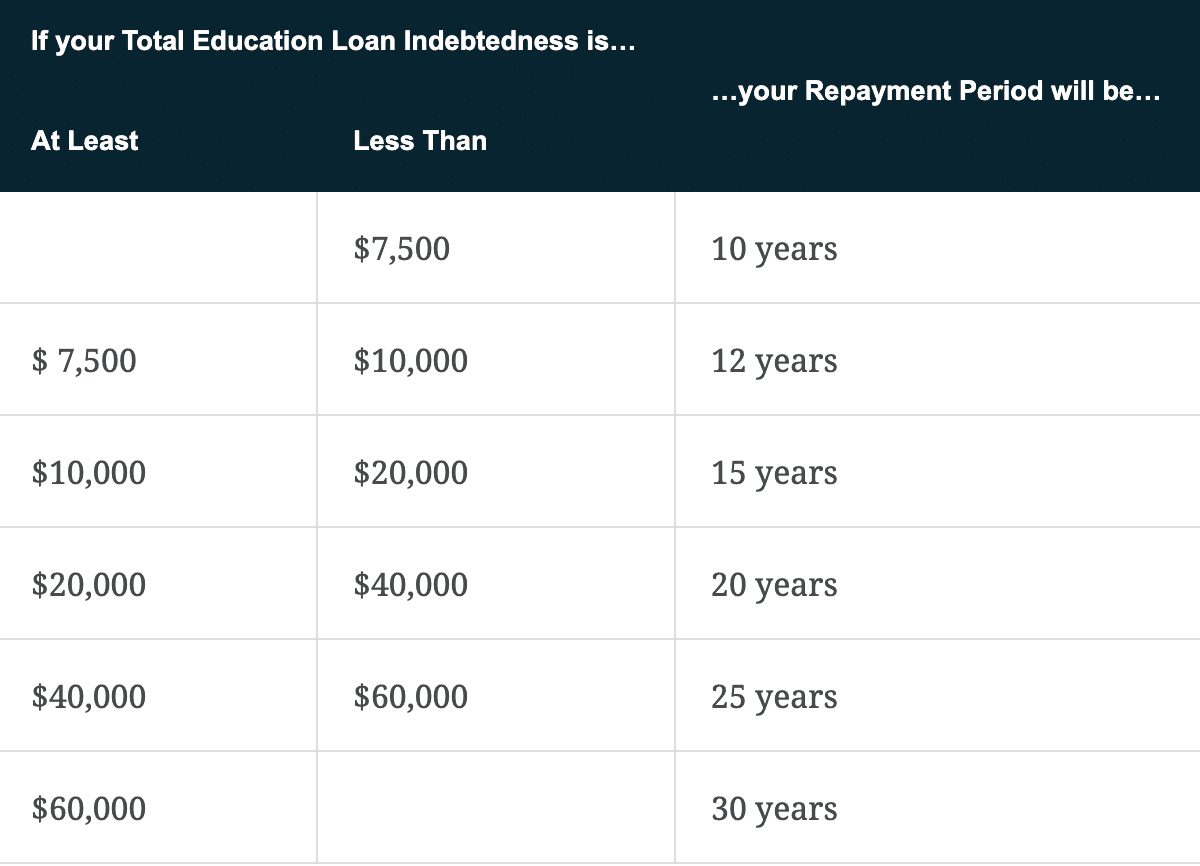 Here’s the average time to pay off student loans based on education level, according to One Wisconsin Institute:

Average time to pay off student loans by degree

How much you borrow and how much you make plays a big role in the average time to pay off student loans. An infographic from CareerGPS by Massachusetts Community Colleges offers some possible payoff times, based on typical tuition costs and paying 10% of salary to debt.

Here are some of the common degrees and professions CareerGPS profiled, along with the prospective time to pay off student loans:

These numbers, of course, assume that you’re getting paid the average salary and also that you found a career in your field. That’s not always the case, so how long it takes to pay off your student loans by profession and degree can vary.

The National Center for Education Statistics has a report on repayment statistics as of 2015 among borrowers from 1995-96 and 2003-4. According to the report:

One hack to pay off student loans faster and cut down your repayment time is refinancing. Through student loan refinancing, you apply for a refinanced loan at a better rate. If you score a lower rate, you can save money on interest, which can then be put toward your remaining principal balance. If you choose a shorter repayment term as well, you can save even more money, though you should note your monthly payments will be higher.

Want to pay off student loans faster? Get in touch with us about a custom plan!

Melanie Lockert is the founder of the blog and author of the book, Dear Debt. Through her blog, she chronicled her journey out of $81,000 in student loan debt. Her work has appeared on Business Insider, Time, Huffington Post and more. She is also the co-founder of the Lola Retreat, which helps bold women face their fears, own their dreams and figure out a plan to be in control of their finances.