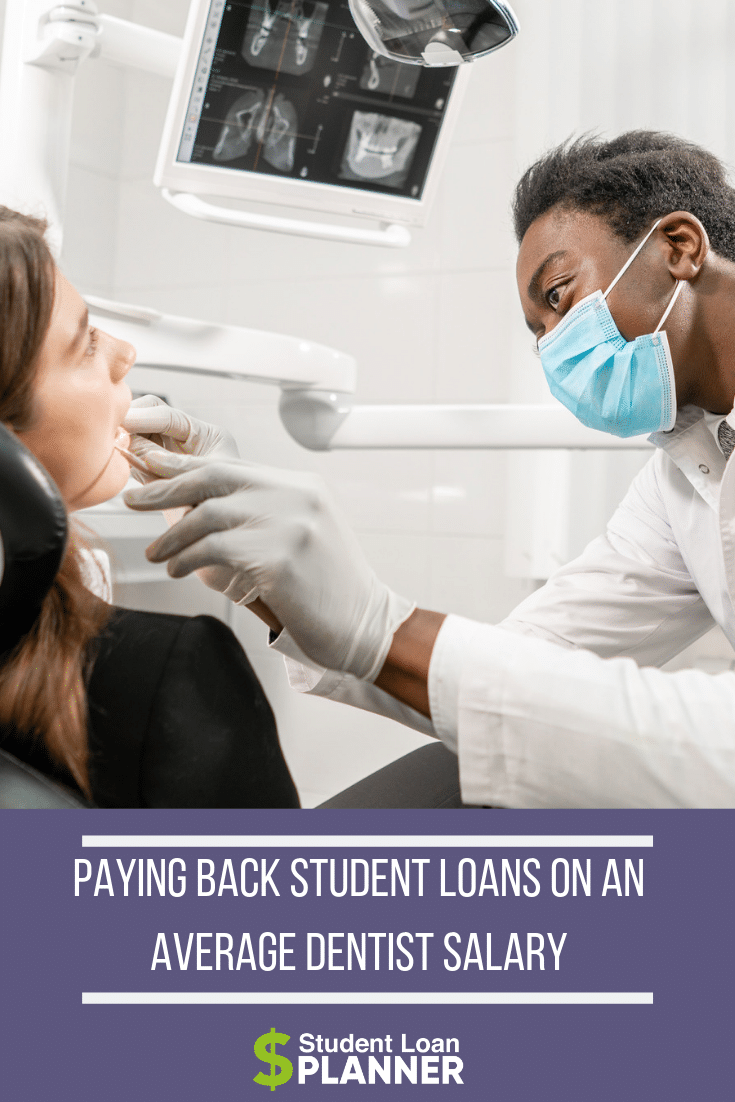 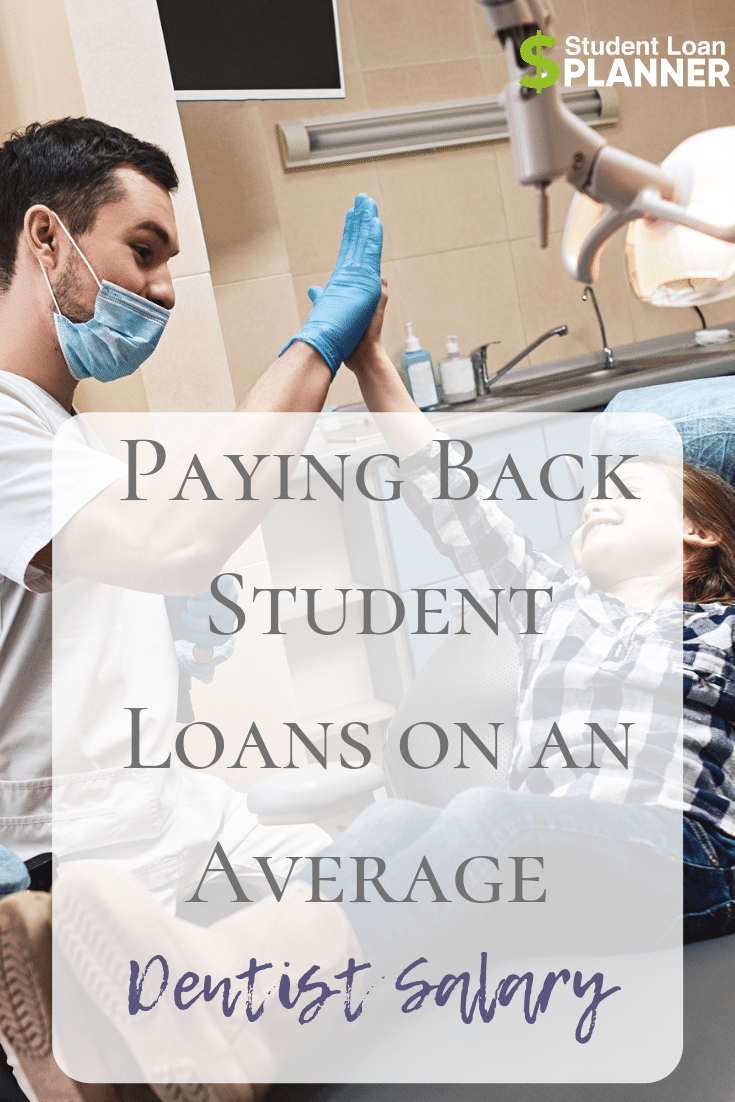 When you have a good dentist, it’s amazing what they can teach you.

A couple of years ago, I switched dentists — from one that was chronically late to another who runs very much on time. Not only did it make the appointment much more pleasant, but I learned a few things along the way.

One thing I learned is that I was mistaken on what brushing your teeth means. I always thought it meant to literally brush your teeth. Come to find out that brushing should be done around the gum line. Who knew? Not me.

Dentists also come to the rescue when those nagging, debilitating tooth pains come along. It’s really tough to operate when you feel that throbbing sensation and intense headache from a sore tooth. Dentists to the rescue!

Along with being our heroes from time to time and having a fulfilling career of ensuring healthy teeth and gums, a dentist can earn a nice living, too. The median dentist salary is $156,240 per year, according to the Bureau of Labor Statistics.

I must admit that I was surprised when I saw that number. I always thought dentists earn more than that. Then I learned the major factors that impact how much a dentist can make.

If you lined up all the dental salaries from smallest to largest, the median would be the middle number in the line — or a split between the two in the middle, if it’s an even number (yes, I minored in math ~ aka math geek Rob).

So why have I been seeing dentists with much higher incomes? There are two major factors.

First and foremost, location matters — but not how much most would think.

You see, living in a major metropolitan area means more patients, which should lead to higher income. At least that’s the case for other medical professionals. But for dentists, it’s the opposite.

Any guess which states have the highest average dentist salary?

If you guessed Delaware, North Dakota and Alaska, then you’re correct. Those states aren’t known for being densely populated. The bottom line is the more rural the community, the greater the income for dentists. They’re the only game in town.

The second biggest factor in dentist income is owning a dental practice or not.

Dentists who own their practices make more money than the ones who don’t. Many of the practice-owning dentists we’ve talked to here at Student Loan Planner earn incomes well in the mid-$200,000 range and up. Some are even in the $300,000 range.

Any dentists looking solely to maximize income should move to a rural location and own their practice. Those that live in a major city as an associate will most likely earn in the low six-figure range. Not bad compared to other professions, but it’s not great when trying to repay student loan debt.

According to the American Dental Education Association, the 2018 class of dental school graduates who took out student loans left owing $285,184. That’s about 50% more than the average medical school debt of $190,694, according to the Association of American Medical Colleges.

Here at Student Loan Planner, we’ve had one-on-one consults with nearly 400 dentists, and their loan balances are much higher than average. The average Doctor of Dental Surgery (D.D.S.) we’ve worked with has $378,000 in student loans.

Owing that much in student loans begs the question, is the cost of dental school financially worth it?

The median dentist makes around $156,240 per year, which is a very nice salary. But how does that compare to the average college graduate without an advanced degree?

According to the Bureau of Labor Statistics, the median wage for a college graduate is about $66,000.

Becoming a dentist leads to an extra $90,000 in earnings per year by the averages. Let’s assume that $90,000 in extra income sustains throughout the entire 40-year career of a dentist. That works out to an extra $3,600,000 in lifetime earnings for a dentist compared to someone with a bachelor’s degree — a huge number!

Taking out $378,000 in loans to make an extra $3,600,000 tends to make financial sense on the surface, but remember those extra earnings will be taxed.

So now we’re talking about dentists having an extra $2,160,000 to pay off the $378,000 of student loan debt. Seems good on the surface, but those numbers are missing a couple of key facets:

Let’s dive deeper into what repayment looks like for dentists.

Here at Student Loan Planner, we’ve done over 2,300 consults and advised on nearly $600 million of student debt. Our experience shows there are two optimal ways for dentists to pay off student loans.

Which option is best for dentists? It depends on where the dentist works and if they own their practice.

Let’s say Andrew has $300,000 in student loans at 6.8% interest. He’s been a dentist for three years in New York and was paying on the graduated plan to keep his payments low.

Right now, he’s making $120,000 with projected 3% increases in salary for the foreseeable future. He has no plans to own a practice.

First of all, Andrew needs to get onto a different plan than the graduated plan. That plan is neither of the options listed above and is much more costly — Andrew will end up paying off a 6.8% loan in full over 30 years with increasing payments every two years.

It sounds like a good idea to help with monthly cash flow, but 99 out of 100 times, it’s one of the worst repayment options.

Let’s take a look at his loan repayment options:

I threw in the graduated plan just for fun on the top row. You can see that it’s by far the worst option and would cost him $700,000 to pay back the loans over 30 years. It’s a clear case that Andrew needs to switch to a different plan.

Pay As You Earn (PAYE) and refinancing look like the two most compelling options. Here are the pros and cons for each:

Why PAYE is the best option

On the surface, it appears Andrew has a decision to make. But in reality, PAYE is the clear winner.

PAYE would provide more payment flexibility and lower payments compared to refinancing, so Andrew could save and invest for his other financial goals. The downside is that he’d have to get comfortable with the fact that his loans will grow. This is usually tough for people to wrap their heads around. But despite this, if Andrew went with PAYE, he could end up with a higher net worth than he would by attacking the loans.

Now let’s say Amanda has $300,000 in student loans at 6.8% interest. She’s been a dentist for five years and has owned her practice for two years.

My, how owning the practice changes things compared to Andrew’s scenario. Refinancing is the clear winner here.

First of all, her payments would be so high on PAYE that she’d actually end up paying off her loans in full before reaching the 20-year payment mark. She’d pay off the loans in 18 to 19 years. That would be a very inefficient way to pay back 6.8% loans — she’d pay a ton more in interest than she would if she refinanced.

This is a completely reasonable strategy for Amanda. She’s taking home about $14,000 per month and can easily afford the 10-year refi payment of $3,256 — and still have $10,000 left over to live, save and invest for the future. In fact, if she puts $6,000 toward her loans, she’d be debt-free in less than five years. Pretty awesome!

As you can see, the difference between being an associate and owning a practice can have a meaningful effect on loan repayment for dentists.

Is becoming a dentist worth the cost?

The reality is that most dentists in major cities have to deal with student loans for 20 to 25 years. They won’t necessarily be able to celebrate and enjoy that higher income until their loans are forgiven and they pay the tax bomb.

Making student loan payments will be a way of life during that time, but if dentists can keep that long-term perspective, they’ll still have a nice, long career with great earnings after becoming student debt-free.

However, dentistry can be even more financially rewarding if a dentist lives in a more rural area and owns a practice. I’m not saying dentists should move to the middle of nowhere. They can live within an hour or two of a major metropolitan area or outside of the top 10 most-populated cities and get that above-average dentist salary.

Dentists can find a clear path to pay back their student loans. A path that could not only save them significant money — but help them understand the action steps to get it done.

Student Loan Planner has done over 2,300 student loan consults for clients with nearly $600,000,000 of student loans. We can help you figure out the optimal path in just one hour.

I work with borrowers who owe between $200,000 and $400,000 in student loans, so that makes me the point person for most of our dentist student loan consults..

Our team can help anyone, though, so feel free to choose the right consultant for you based on your individual circumstances.

Feel free to email me at [email protected] to ask any questions and learn more.

Rob Bertman holds both the CFA and CFP® designations and is a University of Michigan alum. He loves helping borrowers as a senior consultant for Student Loan Planner and specializes in making plans for professionals with 200k to 400k of household student loan debt. When Rob isn't working on student loans, he helps parents find money in their budget to save, invest and pay back debt even if the cost of raising kids is breaking the bank. Rob has 3 kiddos, enjoys playing basketball, watching superhero movies, and being active in the community.